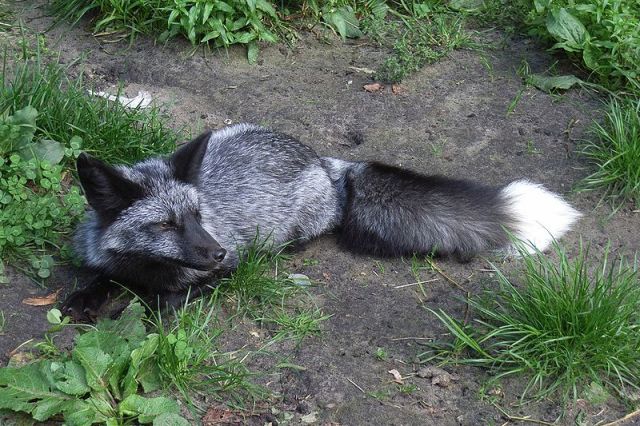 One of Britain’s rarest animals has been spotted roaming the streets of Sale, Greater Manchester!  According to recent media reports.

The animal was said to be a black fox which was seen by a man in his van who later filmed it walking around an industrial unit.

However, it was actually a runaway pet, called Wilf!

On their Facebook page called, Adventures of Wilf, the two sisters who own Wilf, writing from his perspective, said: “I, Wilfred the Silver fox would like to admit to purposely escaping from my house/outdoor enclosure to get more Facebook likes and make the newspapers. I apologise to my owners and followers for causing any worry and panic… but I can’t promise it won’t happen again.”

Wilf previously disappeared at the end of July and was found after a social media appeal.

Sadly, black foxes have largely disappeared from the UK due to past extensive hunting for their unique black fur but odd ones have been spotted here and there.

This entry was posted in fox, mammals, nature. Bookmark the permalink.